On Wednesday 7 February, I was lucky enough to visit Brendon Smith at the NIWA Office for my beach project. Brendon is a Mechanical Engineering Technician who is doing a  lot of work with different types of UAVs (drones) and their related imaging payloads, while also dealing with the various rules/guidelines governing the use of AUVs.

One of the things that stood out for me at this visit was the concept of deep-learning, the idea that machine learning software used in the instance of my project could rapidly autonomously identify rubbish from a camera feed, rather than having the need for a human operator to manually identify items as rubbish. We managed to talk with Jeremy Bulleid, principal technician, about his prior work with such systems including a really neat video of it in action and discussion about the viability of its use applied to my project.

We also took a look at heaps of drones and controllers, including mini ‘practice drones’, a controller with an Intel Edison as a base and a massive super drone! Another awesome project both Brendon and Jeremy were involved in was the use of bubbles pumped vertically through a valve at the bottom of slow, weedy stream for flow measurements. Brendon showed me the rising bubble method in action it was such a clever idea, while also being environmentally friendly by not using plastic beads etc. that had been used for these measurements in the past. Last up we took a look in the controlled environment where some of the scientists were testing for algae growth in different nitrogen levels.

Overall, I really enjoyed the trip and there were plenty of new ideas which sprung to mind in the process. I’d really like to thank Brendon for his help and for hosting visit – it was so much fun and I also learnt heaps from it! Was absolutely awesome to check out all the facilities and meet some awesome people! 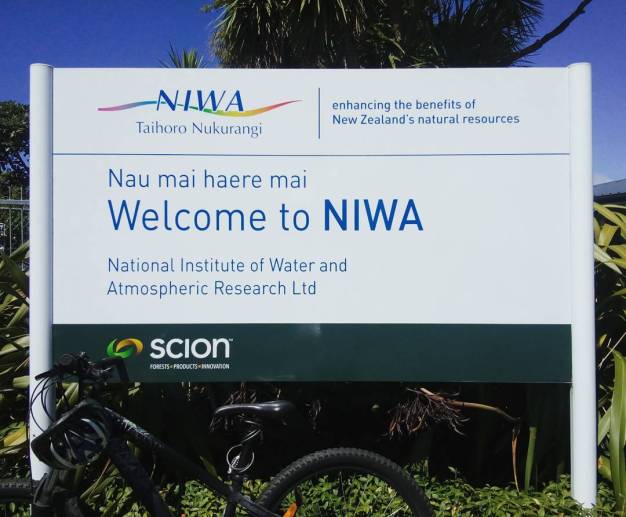