Kaitorete Spit is a long, isolated sandy stretch of land which separates  Te Waihora (Lake Ellesmere) from the Pacific Ocean and runs for 25km to the west of Banks Peninsula. It is home to many rocky beaches.

The low-lying spit approaches landfall on both the Banks Peninsula/Birdlings Flat and Taumutu sides. In the past, the spit was recognised as an important route taken by Maori from Horomaka (Banks Peninsula) to areas including Kaiapoi and Kaikōura. 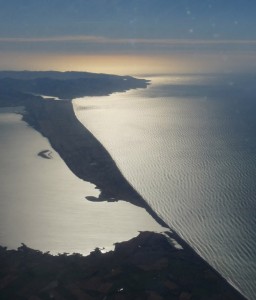